The Best Books About San Francisco

The City by the Bay is home to some of the world’s most renowned authors and finds itself a setting for plenty of popular books and films. While we all know SF is filled with beautiful and free locations to enjoy your favorite novel, let’s focus on 10 of the best books about San Francisco and where you can find them!

The Magnificent Rogues of San Francisco, Tales of the City 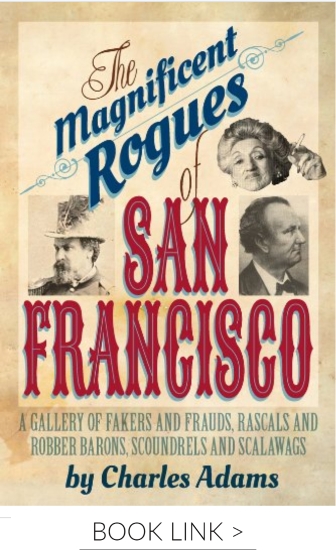 San Francisco has quite a history of colorful characters, and this book tells fascinating real stories about twenty of the most interesting people to live in The City during the 19th Century. Here you can be introduced to the namesake and creators of SF landmarks such as Coit Tower, North Beach, and many of the iconic streets you frequent daily. The book is available at the SF Public Library, Amazon, Google Books, and Barnes & Noble.

If you truly love every inch of San Francisco’s 49 square miles, you will love all 49 chapters highlighting 49 of The City’s most phenomenal glimpses. With a map included alongside each location’s deeply researched history, you can explore SF from The Embarcadero to Ocean Beach and track down each spot! This historical guide to fantastic local scenery can be found at the SF Public Library, Amazon, City Lights Bookstore, Google Books, and Barnes & Noble.

Spirits of San Francisco: Voyages Through the Unknown City 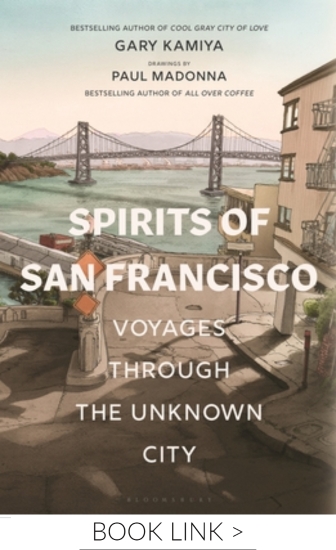 Gary Kamiya also writes this bestselling book as he teams up alongside renowned artist Paul Madonna to create astonishing SF imagery of classic destinations. This includes the famed “crookedest street in the world” just a block away from the 1000 Chesnut apartments atop Russian Hill at Lombard & Hyde. This beautiful combination of text and illustration can be found at the SF Public Library, Amazon, City Lights Bookstore, Google Books, and Barnes & Noble. 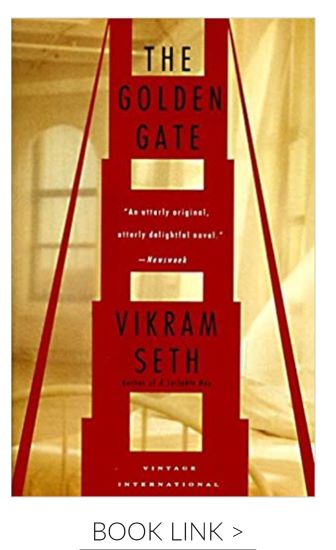 Written by poet and novelist Vikram Seth in 1986, the novel is composed of 590 beautifully composed sonnets written in iambic tetrameter. This romantic story follows a journey towards self-discovery as the protagonist searches for “self-actualization” during California’s changing landscape in the 1980s. The book is available at the SF Public Library, Amazon, and Barnes & Noble.

Tales of the City: A Novel

This 9-part series of novels was published in the SF Chronicle from 1978 through 2014, following eccentric fictionalized characters that embody San Francisco’s spirit throughout the decades. Although the story began with just one young woman who temporarily came to San Francisco from Cleveland and chose to stay, the series follows a diverse social circle and repeatedly touches on its current events. You’ll find this collection of novels at the SF Public Library, Amazon, and Barnes and Noble. As noted on the cover, these novels are the inspiration for the Netflix series of the same name.

No list of San Francisco books would be complete without at least one inclusion from renowned Bay Area native Jack London. This quintessential SF classic encompasses tales of The City’s foggy back allies, newly-built suspension bridges, and stories from San Francisco’s “South of the Slot” neighborhood, now known as South of Market or SoMa. So if you’re a resident of the newly established Trinity Place apartments on the south side of Market Street, your neighborhood was formerly called “South of the Slot” due to the cable car slots on Market Street. London’s book is available for purchase on Amazon, Google Books, and Barnes & Noble.

Interested in learning what it was actually like to be a prisoner on Alcatraz Island? William G. Baker, a former inmate, describes the good, bad, and ugly of being captive within one of the world’s most famous maximum-security penitentiaries. Written in 2013, Baker was released from the prison system in 2011 and has become a small celebrity among tourists visiting Alcatraz. You can find his account at the SF Public Library, Amazon, Barnes & Noble, and you can even get an autographed copy from the Golden Gate Parks Conservancy.

Season of the Witch

San Francisco went through a tremendous renaissance from the 1960s through the 1980s, and Salon founder David Talbot provides excellent insight into the triumph and tragedy that caused this rebirth. Explore the lives of historical figures, including Harvey Milk, Janis Joplin, and Bill Walsh, and their impact on San Francisco. The 2012 New York Times Bestseller is available at the SF Public Library, Amazon, Google Books, and Barnes & Noble.

The Mayor of Castro Street: The Life and Times of Harvey Milk 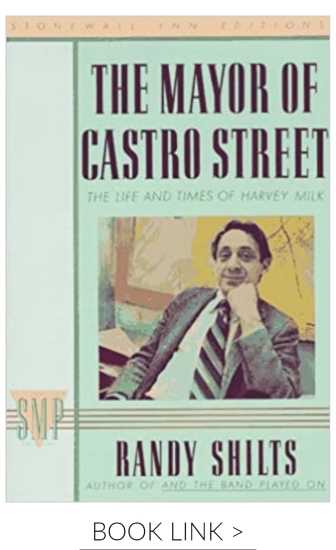 This critically acclaimed story of Harvey Milk chronicles his life, career, and devastating assassination during the midst of an extraordinary emergence of America’s gay community during the 1970s. While his story is filled with tragedy and an intense struggle for justice, this book displays the importance of Harvey Milk’s life toward an equal future for LGBTQ+ Americans. The novel is accessible from the SF Public Library, Amazon, Google Books, and Barnes & Noble.

McTeague: A Story of San Francisco

Well known locally in the Polk Gulch neighborhood, thanks to the tiki-themed McTeague’s Saloon, this 1899 novel documents the story of a down-on-his-luck 19th-century dentist that miraculously wins the lottery. Through his $5,000 winnings, Frank Norris‘ story highlights the massive changes to the lives of this SF dentist and his wife that come with their new money. You can obtain the classic from the SF Public Library, Amazon, and Barnes & Noble,

Further Options From Our Readers: