June is Pride Month and Trinity is proud to provide an environment of equality and respect for all people at our wonderful homes across The City. San Francisco’s Civic Center was the setting for many major moments of the Gay Rights Movement including speeches and rallies held by Harvey Milk. More recently, the area served as the center point of same-sex marriage activism and many of the first same-sex couples in California were married at the Civic Center. A list of the best LGBTQ+ philanthropies for social support, healthcare, legal services, and advocacy can be accessed from the linked webpage. 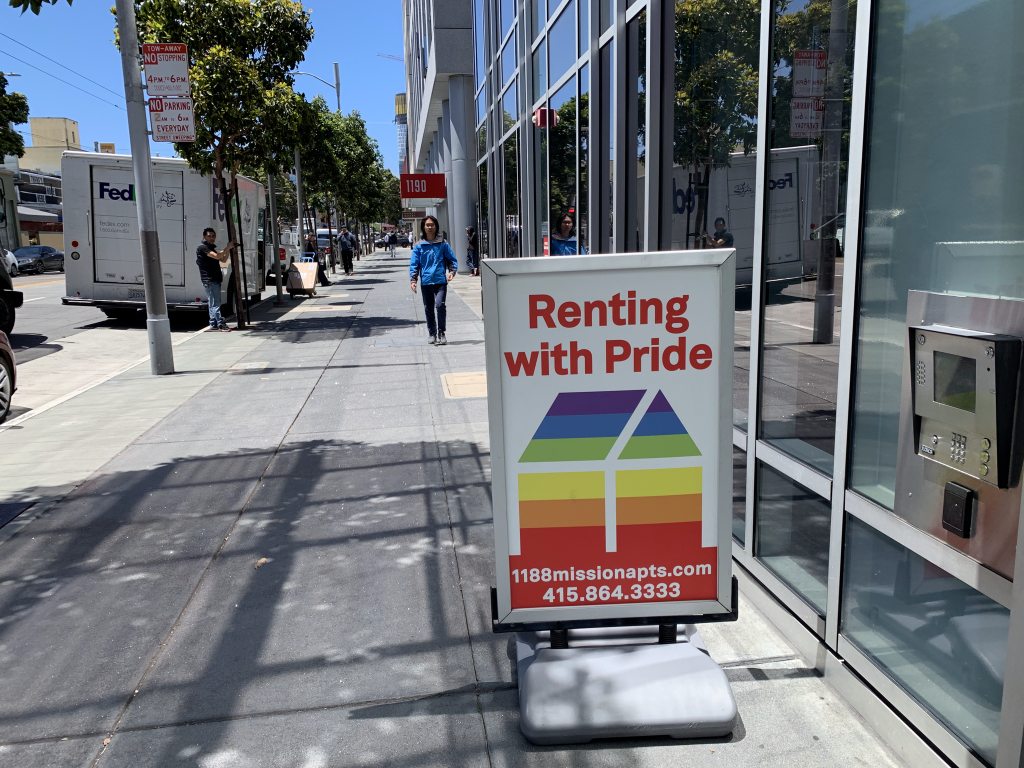 Celebrating Pride at the 1188 Mission Apartments

The 49th rendition of the world’s oldest LGBTQ+ parade will depart from The Embarcadero and march down Market Street to the Civic Center at 8th Street on the morning of Sunday, June 30th. The colorful culmination of the parade route on Market Street will be a truly magical sight to behold from the rooftop of the 33 8th Street amenity deck at Trinity Place. 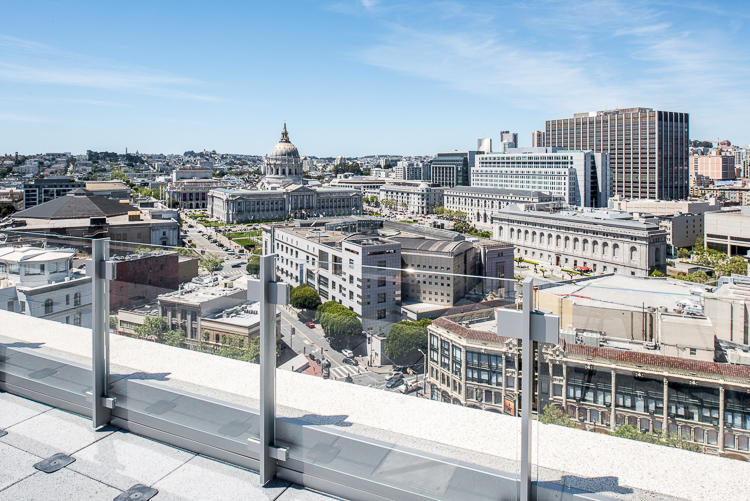 Pride is one of the most exciting times of the year in the Civic Center neighborhood as locals and tourists from all over venture to the area to honor the tremendous progress and history of LGBTQ+ people. This year marks the 50th anniversary of the Stonewall Uprising in New York and the birth of the Gay Rights Movement. Let’s explore the top events available for those looking to celebrate SF Pride 2019!

The parade will begin in the Financial District at the intersection of Market and Beale Street at 10:30am. Grandstand gates will open to the public at 9:30am and will be located between 7th and 8th Streets on Market Street next to the UN Plaza.  Tickets can be purchased for seating, and the UN Plaza is easily accessible by BART and MUNI at Civic Center Station. 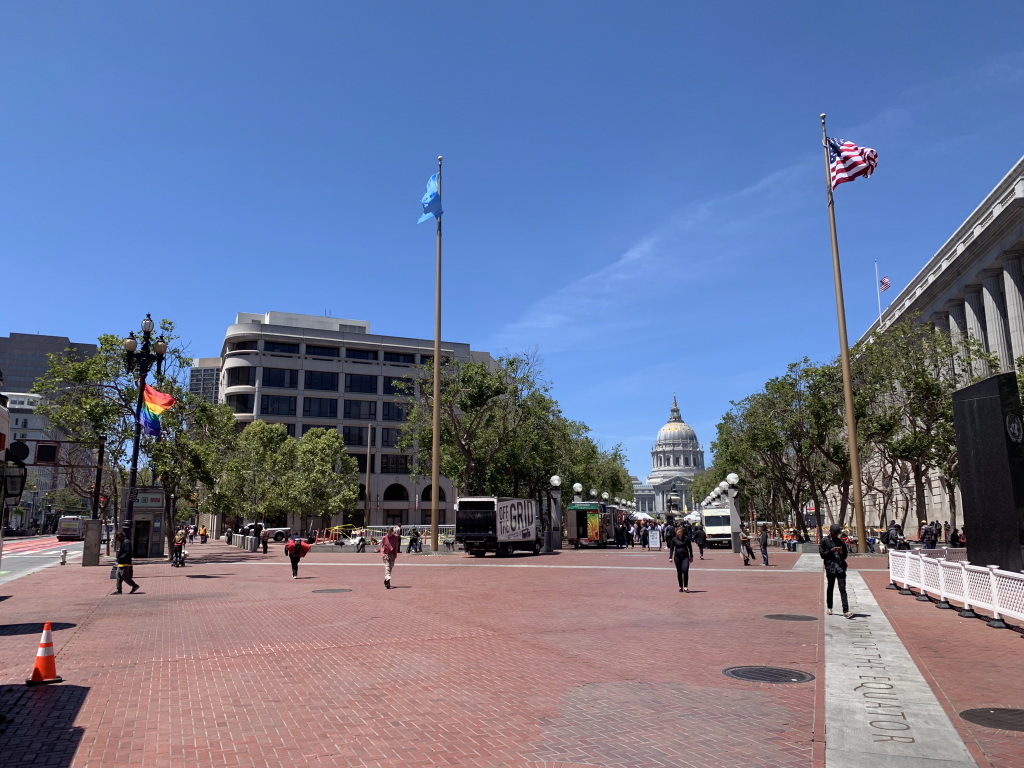 The UN Plaza will host parade spectators and the Pride Celebration

The 2019 parade theme is “Generations of Resistance” and over 250 parade contingents will march down Market Street on the 30th of June. Although the parade does not have a fee, spectators should contribute a donation at the entry gates to the celebration area.

#SFPride2019 is right around the corner, now is your chance to maximize your Pride experience. While our Parade and Celebration are free, tickets are available for Parade Grandstand Seating as well as our Official VIP Party, Under the Rotunda. Even better, our Pride Pass offers those two tickets and plenty of other offers from the best of San Francisco. Visit our website today to learn more and purchase your tickets! Looking forward to #GenerationsOfResistance in June!

There will be two official Pride Celebration dates occurring June 29th and 30th at the Civic Center Plaza. Entertainment venues will be sprawled across the neighborhood including The Main Stage, Latin Stage, Indie Oasis, Women’s Stage, Sundance Country-Western Dance Corral, and Soul of Pride. Artists such as Cher,Book of Love, Amara La Negra, Pabllo Vittar, Sisters of Perpetual Indulgence, and Kristin Beck are scheduled to perform. 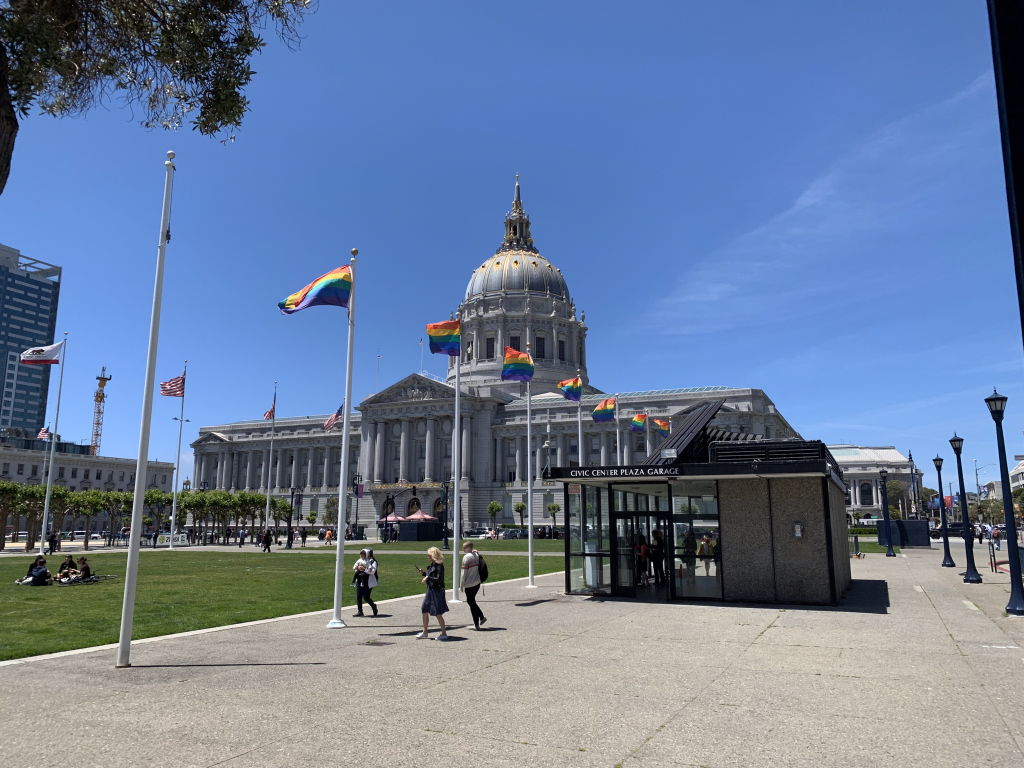 Other attractions located around the plaza include Cheer SF, Queer Youth Space, Sober Stage, Homo Hip Hop, Leather Alley, and so much more. Vendors will also be available across the plaza selling various local dishes, beer, wine, cocktails, and souvenirs to remember your fabulous experience at SF Pride 2019!

Don’t miss the wonderful new signs on display for the entirety of #PrideMonth at our apartments across #SanFrancisco ❤?????

A post shared by trinity sf apartments (@trinitysfapartments) on Jun 3, 2019 at 3:59pm PDT