San Francisco is known as one of the world’s most desirable cities to call home. For this reason, it can be challenging to find the perfect apartment near your place of work and SF attractions while also fitting your budget. Because a majority of San Francisco jobs are in the Financial District, the surrounding neighborhoods are the most coveted housing destinations. While North Beach, Russian Hill, Pacific Heights, and SoMa receive more attention, The Telegraph Hill Apartments offer delightful studio apartments near the SF Financial District. 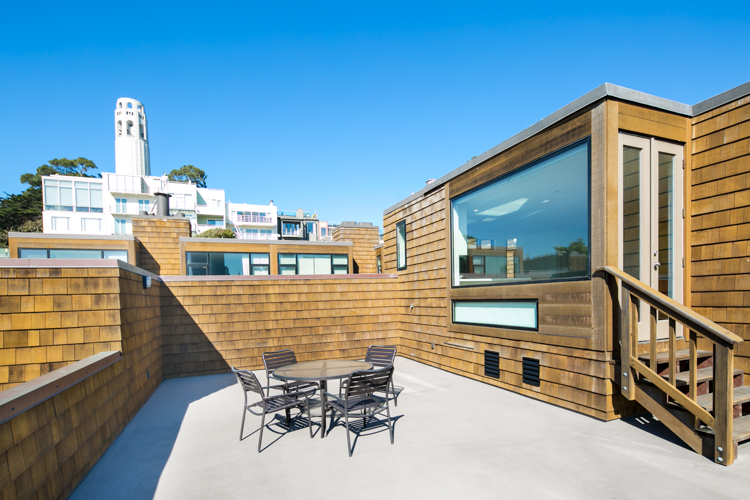 Positioned towards the top of the hill, The Telegraph Hill Apartments at 350 Union are the perfect mix of peaceful and exciting. While the surrounding area is rather busy, this small neighborhood is typically a quiet oasis. Perched high above the city streets, our roof deck at 350 Union offers a fantastic glimpse of the city below. These fully-furnished or standard studio apartments come either newly renovated or available for rent at a tremendous value with classic furnishings. Move-in today, and we have everything you need including furniture, bedding, linens, cookware, and much more. These studios are one of the best value propositions for anyone looking to find a new home in San Francisco immediately. 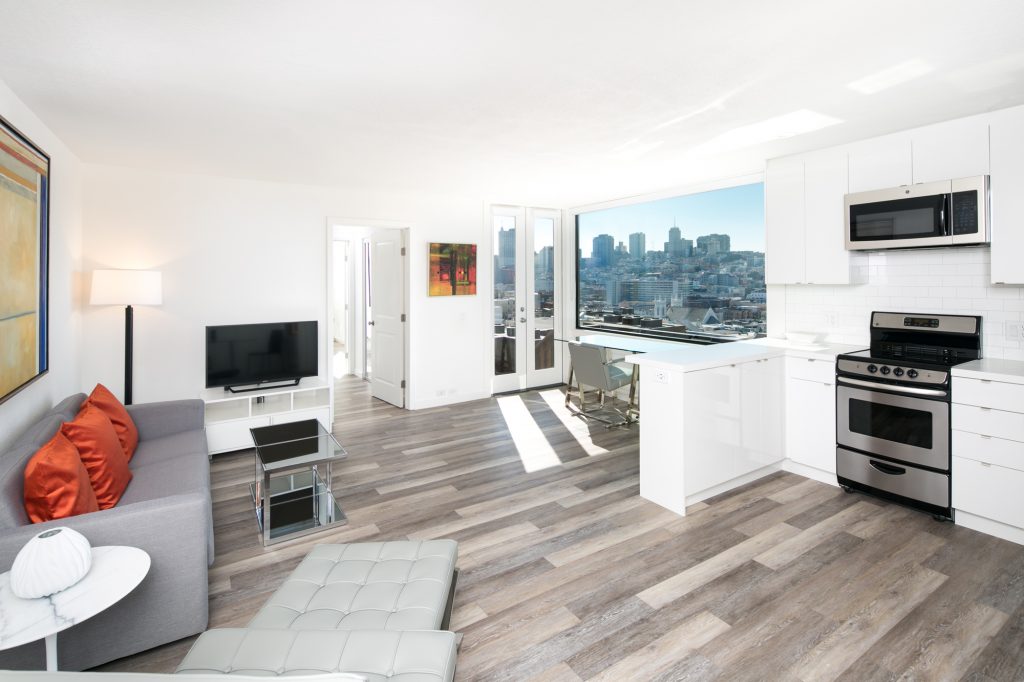 While an in-person tour is undoubtedly the best way to experience this magnificent building, Trinity is proud to make San Francisco 3D tours available to prospective residents. Matterport 3D Tours allow users to virtually explore our apartments and assess if they like the unit before making the trip to see the building. Currently, our 350 Union Apartments have three different models available to lease:

A trip downtown takes a mere ten minutes just down the hill. Explore the surrounding sights and enjoy the delights of Chinatown, Little Italy, and Washington Square. A quick journey down the Greenwich Street Steps puts you in North Beach at The Embarcadero near Levi’s Plaza. Living at this location provides you with multiple famous San Francisco neighborhoods and landmarks right at your fingertips. You also will not go hungry due to the many delicious cafes, restaurants, and bars including:

Primarily known as the location of Coit Tower, Telegraph Hill is one of San Francisco’s original seven hills in the northern section of the city between North Beach and The Financial District. The hill’s namesake is from a semaphore that was once perched atop and signaled the entrance of ships to the bay. The area is now one of the most scenic parks in San Francisco to see a panoramic bay and skyline view. Home to Coit Tower, Pioneer Park is a public establishment donated to the city by George Hearst in 1876 to celebrate America’s 100th year as a country. It was named after San Francisco’s first residents, and a bronze statue of Christopher Columbus was erected in 1957 as a gift from the city’s Italian-American community. The nationally known tower that sticks out high above San Francisco’s streets was built in 1932 as a request from the late Lillie Hitchcock Coit. Coit was a wealthy socialite and fire chaser who donated funds for the tower to beautify the city of San Francisco and honor San Francisco’s volunteer firefighters. Rich with history and attractions, Telegraph Hill continues to present a fantastic living opportunity.